The history of my country is accented by acts of enormous bravery, men and women who did what they were told, and more, in the face of the ultimate sacrifice.  But among those acts of bravery, for which we owe our independence and freedom, were people who did what they were told by the powers of authority, not to do.  The Boston Tea Party is an example, when patriots risked their freedom and even their lives to dump bundles of tea into the Boston harbor, rather than pay the British taxes, imposed without representation.  Other such acts of civil disobedience include: 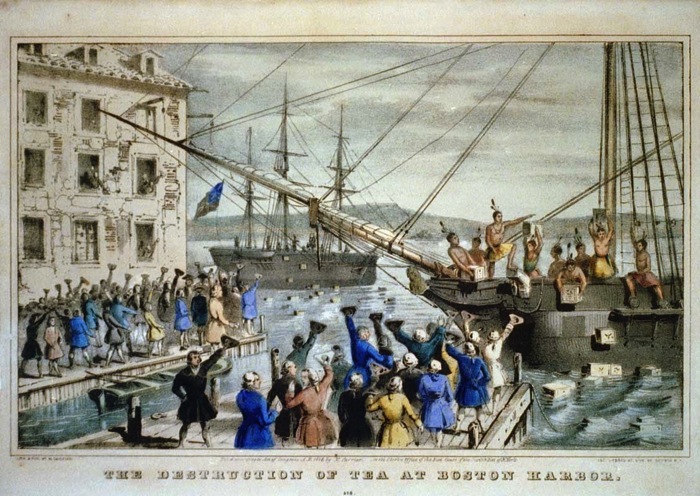 We were taught about these acts and their courageous actors in school and we celebrate them on days like “The 4th of July.”  They are part of our identity as “the land of the free and home of the brave.”  But, if this nation’s most arrogantly conservative legislature, the North Carolina General Assembly, has its way, such acts will be considered grounds for refusing teacher licensure, in the interest of keeping our children safe.

Protect Students in Schools (Senate Bill 867) was sponsored by Senaters Chad Barefoot, Trudy Wade, Buck Newton and others. The bill suggests that a teacher, who has been “..convicted of a crime, whether a misdemeanor or a felony … indicates the employee poses a threat to the physical safety of students or personnel.”1

Among the crimes listed by the bill are murder, rape, kidnapping, robbery, arson and…

I have written a number of blog posts (here, here, here and here) about the declining state of public education in my state, since radical conservatives took the legislative, executive and judicial branches of our state government. Without collective bargaining, North Carolina teachers have little voice in determining the direction of our schools, beyond the voting booth — which the legislature and Governor McRory seek to influence with long awaited for raises, averaging 4.7%.

To put teacher salaries into context, on average North Carolina’s pay for public school teachers averaged $1,549.93 below the national mean, between 1970 and 2010.  However, between 2010 (when conservatives took control of both houses of our General Assembly) and 2016, NC teacher salaries have fallen to $7,911.66 below the national average.  Part of this may be the General Assemblies elimination of a higher pay scale for teachers who continue their education through graduate degrees.2&3

It seems to me that in this time of rapid change, we need to empower our professional educators to lead in our schools with permission to be flexible and creative, as they craft and facilitate learning experiences that help students to become innovators and resourceful learners. But, if our legislature’s desire is to turn public education into a market place and our schools into customers for corporate products and sources for corporate profits, then creative, resourceful, passionate, and well-spoken teachers are a factor to be avoided.