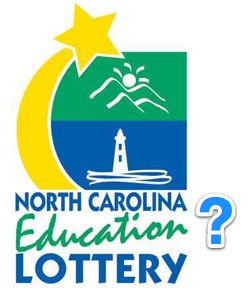 Many of you know by now that I have, surprisingly, become a sports fan.  Although I played sports as a youngster, I’ve never been a fan of any sport, until recently – thanks to my son’s enthusiasm and nuanced knowledge of profession basketball and now soccer.  We hold season tickets for Bobcat (oh yeah, Hornet) games in Charlotte and we drive down regularly to pull for our favorite team (though I’m still getting my head around my team without Josh McRoberts).

Even though there are still aspects of sports fanaticism that bother me, only one thing truly offends me. It’s when the arena features, during timeouts, court competitions for attendees, sponsored by the “North Carolina Education Lottery.” It’s that name, Education Lottery, that sends needles through my soul.

It’s no surprise to the thinking citizens of NC, that our nine year old state lottery has done nothing to improve the state’s education – nor, in my humble opinion, was it ever intended to.  Even though our education budget, in dollars, has risen in the last three decades, its percentage of the states general fund has declined for the past 30 years, according to today’s WRAL.com article, NC education spending on decades-long slide. 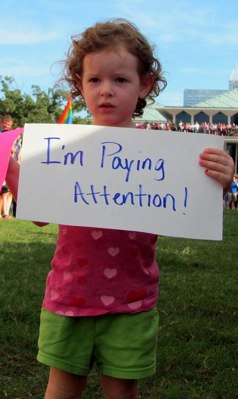 In the 1980s, 44¢ of every dollar was spent on education.  Today only 37¢ goes to schools.  One would hope that a North Carolina Education Lottery would have at least slowed this decline, if not brought it to a haul.  But, in fact, the rate of decline has accelerate.  More than half (57%) of the 30-year decline occurred in just the last decade, since the Lottery’s passage in 2005.

The true effect (and intent) of the North Carolina Education Lottery is enabling an increasingly corporate-sponsored General Assembly to provide more tax relief to the state’s wealthiest and most privileged.

But what truly offends me every time I hear those four words, is how the lottery is perpetuating a myth, that in America, anyone can excel to the 1%, can reach a place of wealth, power and privilege – and therefore, we should all support any legislation that empowers, protects and advances the state’s (and nation’s) richest,

..and becoming a member could be as easy as a few dollars and the right set of numbers.

…and algebra is not required!