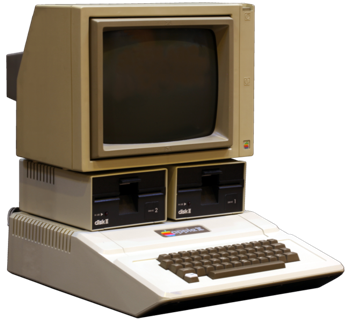 I’m working on my new book and just ran across this article, an ingenious project at Chapel Hill-Carrboro Schools, here in North Carolina. Jim Tomberg, a teacher at the High School has received a grant from state and federal funds, to establish a software development course for his school. The funds were intended to promote unique and innovative projects in education.

The high school students in the project were to create original, documented (software) to the specifications of teachers in the elementary grades. Tomberg wanted the programmers to work closely with the students and teachers receiving the (software).

To make the entire project educational, Tomberg says he “let the kids make all the decisions. They organized the whole course.” They studied various brands of computers and decided what equipment to buy. Then they came up with the idea of doing a newsletter about their study – all composed on computers using word processing programs.

The (elementary) teachers who requested material did, however, retain complete control over the content of the programs. In every case, students spoke directly with each teacher to insure useful results in the classroom.

Sheila Cory, the districts computer coordinator is quoted saying, “The computer is (forcing) us to reexamine our goals in education.”*

If you’d like to read the article, you’ll have to dig up a September 1983 issue of Compute Magazine, page number 100.

In many ways, I think that we were more innovative and even forward thinking back before computers and the Internet became mainstream. 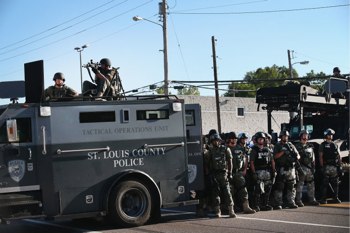 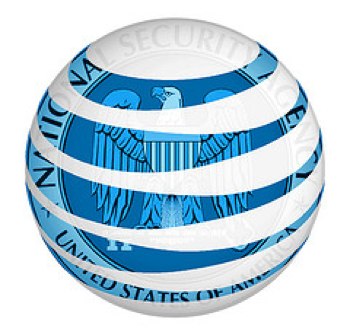 My wife and I are buying a house in the Shelby area, so that we can spend more time with both of our parents and have a larger place for family gatherings.

We’re very happy with the house, except that we can’t get reconnected, the DSL line that the previous owners enjoyed.  I’ve spent many hours on the phone with AT&T  mostly on hold, or desperately trying to navigate their menu system, or listening to the scripts recited over and over again by the sales and support staff. The story seems to be that DSL is simply not (no longer) available to our house.

Time Warner will not serve the house, apparently because there are not enough houses on our street.  The next street over, more populated, has had Time Warner for quite some time.

Being an early adopter of iPhones and iPads, I have been able to keep unlimited data plans on both of them.

I also have an AT&T hotspot device that provides WiFi for me via a local cell tower, up to 5Gb per month.  So I went to the AT&T store last night to get its data plan upgraded to 20Gb.  It seems that the only way that I can change the plan on that device is by also changing the plans on my iPhone and iPad, giving up my unlimited data there.  AT&T seems more interested in providing less service, not more nor better.

We are probably going to go with a Verizon product that will provide WiFi and Ethernet, via a cell tower, 20Gb.

The reason I burden you with this is my wondering,

“What if our roads were handled like this, as a service to customers rather than citizens?”

“What if there weren’t enough people living in my area to result in enough profit for the road company to lay a road?”

You get my point.  Our Internet connection has become as important to us as our roads.  Yet service depends on the convenience and profitability to AT&T and Time Warner.  What’s worse is that North Carolina it is now agains the law for municipalities to establish and provide Internet service to its citizens, thanks to the hundreds of thousands of dollars of compaign contributions from the telecommunications industry.

So what do you think?

This is an interesting infographic showing the way the average American mom and dad spent their weekdays in 1965 and 2011. This is a great infographic to use as an example for how to create infographics. First, it’s a great example of a bar chart. This type of chart can be used as a comparison […] 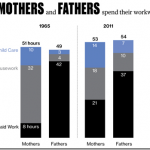 This is an interesting infographic showing the way the average American mom and dad spent their weekdays in 1965 and 2011. This is a great infographic to use as an example for how to create infographics.

First, it’s a great example of a bar chart. This type of chart can be used as a comparison between any two of the same ideas. It also shows how to compare two like items. In this case, years of significance for moms and dads. The data may only be available as late as 2011, but why 1965, what events were occurring in 1965 that make this a good date to compare to 2011?