My daughter just alerted me to a 10:42 AM article appearing on the WRAL.com web site, Lawmakers Propose Dumping Common Core Standards in NC. 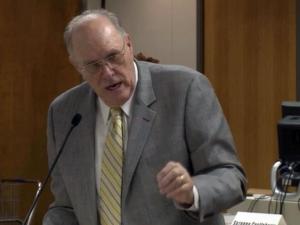 The puppet-masters of the Tea party have effectively used the Common Core standards to create a flashpoint for generating emotional energy against government regulation.  North Carolina is not alone in struggling with the politics of CCSS, as several states have abandoned the Common Core – as a title.

But the arrogance of NC’s General Assembly demands that we go further.

Sen. Jerry Tillman, R-Randolph, said that other states, such as Florida and Indiana, had merely renamed Common Core in their repeal bills. Indiana, he said, “didn’t totally devolve itself from Common Core. This bill does that.”*

The clincher, and what provoked me to write this article, was that the proposed bill assigns the writing of a new, North Carolina curriculum to an “Academic Standards Review Commission,” which would be part of the state’s Department of Administration  not the Department of Public Instruction.

In an effort to find any logic in this, I found, not without difficulty, an organizational chart for the N.C. Department of Administration. Its offices include: