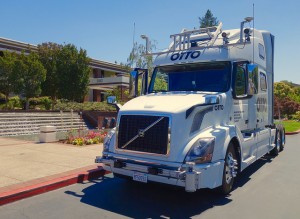 It seems to me that the biggest part of our conversations among educators about how AI may affect us regards our own job security. I’m not worried about that. It won’t make teaching obsolete, in my opinion, in spite of the list below. We’ll just spend less time teaching stuff to our students and more time teaching how to use stuff – essentially, how to use information to solve problems and accomplish goals.

This was all brought back to mind when I ran across this FastCompany article today about brick laying machines and other jobs that AI/Automation may replace. Thinking more about the implications, especially to education, I sought out similar articles. Here’s a list of jobs that some have suggested can be done by machines.

I doubt that all chefs will be replaced nor that all factory work with be done by robots. The FastCompany article suggested that a brick laying machine would do what three humans can do in a day, but one person would be needed for the more nuanced work. But autonomous vehicles alone will likely mean the jobs of 5 million Americans, who currently make a living driving taxis, buses, vans, trucks and e-hailing vehicles. According to Lawrence Katz, a labor economist at Harvard, most of these drivers are not dissimilar to the millions of factory workers who have lost their jobs since 2000 – men without college degrees. Like drivers, manufacturing jobs did not go to China, but to Fanuc, Yaskawa, ABB and Kawasaki, the top producers of industrial robots. While factories were laying off millions of American workers, U.S. manufacturing output has actually grown by almost 18% since 2006.

What will be the consequences of this much unemployment, not to mention this much uncertainty. Nearly every article suggested that the effect on society will be HUGE and that the direction of policy makers will determine whether those consequences were bad or good.

Are we assuring ourselves of leadership that is creative enough to turn what seems horrible to most of us today into something that could actually be quite wonderful.

Links to some of the articles