Skip to content
Too many of the blog articles and political ads that we read fail to cite the sources for their information. FiveThirtyEight not only describes their sources, but in this case they have provided a link to the source dataset that they used for the analysis.  They encourage us to look at data that describes the Democratic primaries, and draw our own conclusions.

In a recent FiveThirtyEight podcast, the data journalists looked at data related to 2018 primary elections to determine who Democratic voters are choosing this year. That particular episode segment is written up on their site as “We Researched Hundreds of Races. Here’s Who Democrats are Nominating.” 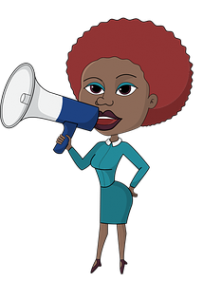 They only considered new candidates, seeking to avoid the messy influences of incumbency. Among other things, they found that women won 65% of the races that included at least one man and one woman.  Male candidates won only 23% of those races.

In fact, all else being equal, being a woman has been worth an additional 10 percentage points over being a man in the open Democratic primaries (they) looked at.

Women candidates also tended to have more experience as elected officials than their male opponents. Such are the complexities of the political game. Conroy also wrote that said that what was important about the increased number of women running for office, win or lose, it will serve to encourage more women to run in future races.

The candidates’ Ideologies were measured by who endorsed them. Those endorsed by the Democratic party establishment did the best, by far. This contradicts the notion that Democratic voters are shifting far to the left.

That said, it is worth noting that candidates endorsed by more left-leaning organizations did not do poorly. This included “Our Revolution” (associated with Bernie Sanders) and the Progressive Change Campaign Committee.