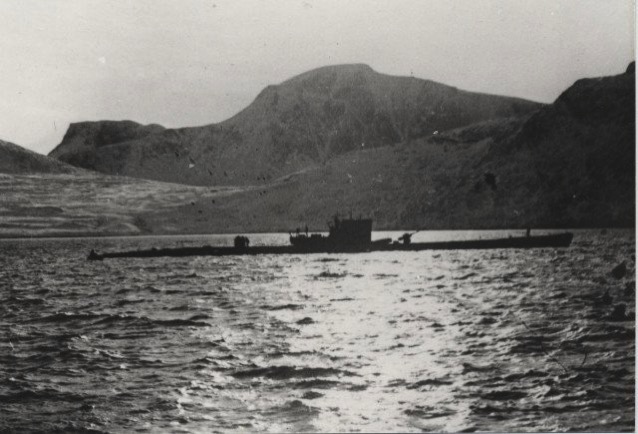 U-537 Anchored in Martin Bay, 22 October 1943. I can only guess that the photo was taken by a crew member or one of the German Meteorologists.

The weather station was established by a team from the German submarine U-537, anchored in Martin Bay. During World War II, Germany lost access to international weather data, and needed information about conditions over Russia and Northern Europe for air operations.  To help disguise the installation, they labeled it as Canadian and scatter American cigarette packs around the area.  Today, the only Wikipedia article about the site, Hutton Peninsula, is in it’s Swedish version – a pretty good place to hide a covert weather station.

The weather station was not discovered until a historian for equipments manufacturers, Siemens Corporation, found its description in corporate archives.

WFL-26 represented the only German armed military operation carried out on the mainland of North America of World War II.

By the way, WILT stands for “What I Learned Today.”