San Antonio was great last year, especially EduBloggerCon (now called something else) and the photo walk with my very good Apple Distinguished Educator-friends. It was also wonderful reconnecting with far flung colleagues, even if I couldn’t instantly call up many of their names. It’s one of my many cognitive difficulties. 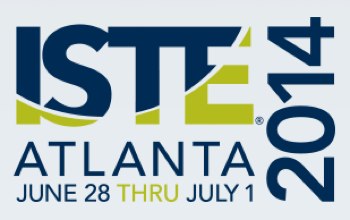 But dispite my original and enthusiastic intentions, I won’t be visiting Atlanta this year for ISTE’14. I know that there have been speculations about my health. But at this point, aside from a persistently high triglyceride count, I am perfectly healthy, still walking between 2 and 5 miles a day. In many ways, I’ve never felt better. The pressure is off. I’ve let go of the three gigs a week expectation and spend my office time, working on projects that interest me. Lately it’s been converting out-of-print books about local and family history to Kindle-ready formats for my Dad, who needs 144 point font for reading. I’ve also been updating Class Blogmeister code and ramping the service up with some JQuery magic. And I’m still doing some speaking, Kuwait early next month. So don’t stop calling.  I’m just taking the pressure cap off and

..finding a new intersection between play, passion and purpose.

Nope it’s not health that’s changed my mind about ISTE this year. I actually submitted proposals to present, including “Bookbag 2024,” which I had so much fun doing at NCTIES this winter. In a sense, It would have been a swan song presentation, “Heres what education looks like ten years from now, if we continue to do our jobs well and resist the corporate-ization of public education.”

Alas, that proposal was rejected. To be fair, the second proposal was accepted, but not as the spotlight sessions I’ve done for the past decade or so.  That proposal was for an entertaining, interactive, but research-based session about the pedagogies of video games. It was a good proposal, and I suspect that some reader had checkboxes of proposal characteristics and trending topics – and that write-up pushed a lot of buttons, while some role-playing old codger telling stories and speculating about the future didn’t.

I won’t lie and say that I don’t taste sour grapes.  But I take nothing from ISTE.  In fact my wife and I have been trying to figure out some way to start a scholarship to send one or more North Carolina educators to ISTE each year.

I blame and accept the fact that experience that spans from TRS-80 to IOS has become a little less important compared to the creative energy of much younger educators – a fact that I was reminded of earlier this morning as I read a number of  thoughtful and otherwise kick-ass blog posts in my FlipBoard, most of them authored by educators who could have been the children of the students I taught nearly 40 years ago.

This is by no means the end of my public speaking, blogging, tweeting and what ever comes next.  Many of you will see me again, as I walk the stage trying to infect you with shakabuku.