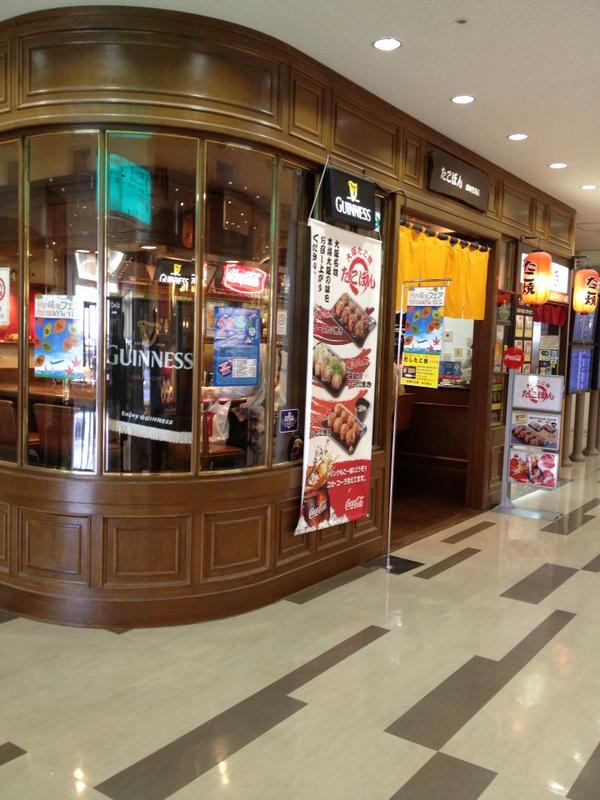 An interesting cafe at Narita
The best part of this October from hell is the conferences I am working – mostly leadership conferences. The two that come to mind from the blur of this most haunting month are a conference in Vancouver for principals and vice-principals of British Columbia, and the school boards and superintendents’ conference in Vermont – two quite interesting jurisdictions now that I think about it.

As I write this, I am in Tokyo’s Narita Airport, waiting on my third and final day of travel to Kuala Lumpur (KL) Malaysia.  It’s EARCOS’ annual leadership conference, which was canceled last year because of flooding in Bankok.  The flooding is happening closer to home now, with Sandy bearing down on New Jersey and New York, where my kid brother lives – on the ground floor of his building I might add.

During all of the travel, I have enjoyed and learned from the backchannel transcripts from BC, Vermont and also an amazing media and ed tech conference in Winnipeg.  As I’ve read and commented on the transcripts, via KnitterChat, I have set aside some tweets and knits, that seemed especially salient to me, intending to re-tweet them back out.  With my spotty Internet access (paying by the minute at the Hilton here in Tokyo), they’ve back up.  So I thought I would push them out through this blog.  So…

This was my response to a tweet from the Vermont conference.

The Graduates of today’s education need to be uniquely valuable, not identically valuable.

Here’s one that came at the mention of learning disabilities.

Tinkering and the whole DIY movement came up, as it increasingly does, as a counterpoint to all the social networking and video games kids engage in.

When was the last time you made something. Can you make something without learning something?

What is unique and fresh about Vermont is that they seem honestly enthusiastic about the future of education there.  Vermont is different from the rest of the U.S. in so many ways, and they do not seem to feel so confined by national trends and federal mandates as the rest of the country.  From talks of testing, this statement surfaced.

We don’t ask enough questions for which we don’t know the answers.  We should respect our learners that much.

That Vermont’s backchannel was so prolific surprised me.  It is rare that school board members and superintendents are so chatty when their statements are publicly accessible.  I added this in…

I’m wondering how many of your schools’ stakeholders are following your conference tweets.  It’s an interesting idea.

It wouldn’t be a bad thing, from my reading.

While in Vermont, I sat in on a great presentation by superintendent Dan French.  I was, in no small part, intrigued by the fact that he did his presentation with a Linux computer.  Cool thing, a techie super.

He talked about their process for establishing a district vision for 21st century learning.  The session was called “Making Community Part of 21st Century Learning Vision” and I posted my notes (taken with the Mindo iPad app) here.  Basically, he played selected videos from Youtube for members of his volunteer visioning group, including Sir. Ken Robinson, Dan Meyer and one about New Brunswick’s education, and then asked groups to discuss.

He said that even attendees who were usually critical of the school system bought in.  French reported that one critic commented, “I didn’t you you talked about issues like this!”