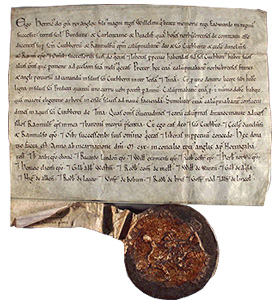 As you, no doubt, already know, I saw a presentation on Wednesday from Tim Magner, ed tech guy from the U.S. Department of Education.  I’ve already written a good bit about that presentation and the even better showcase from classrooms across North Carolina.  I’ve even commented on some comments that I received, including one expressing disappointment that Tim was not offering some “grand idea” for bringing classrooms and school into the current century.

I wasn’t disappointed, because I think that’d be asking too much, especially with our current administration’s blah blah blah!

But since then, I’ve been asking myself what sort of grand idea might actually come from a U.S. Department of Education that was devoted to bringing schools into the 21st century with the patriotic will and courage to say, “We’re going to do it, and here’s how, and we’re going to commit this nation’s resources to making it happen!”

So here’s what I came up with!

A royal charter to schools for planting their flag into the ground of the 21st century: granting rights, privileges, and responsibilities, and holding the school accountable to its community.  To apply for a charter, schools must devise and write a constitution, defining and describing various aspects of how they will do the business of preparing their community’s children for their future — both from a local and a global perspective.

There would be a set of aspects of the schools functions to be addressed in the constitution, including, but not limited to, 21c learning standards, 21c curriculum, 21c infrastructure, 21c assessment, 21c teacher practices, 21c learner practices, 21c implementation structures, etc.  The constitution would also require an implementation plan including plant and staff development.

After being signed by the entire staff of the school, a designated representation of the community, and signed off by local and state governments, the school would receive the funding and support necessary to achieve their constitution and earn their charter.

I’ve thrown a lot into this, much of it I’ve not entirely thought through.   It’s just a worm on a hook.

But nothing new is going to be happening five years from now, unless we are talking about it today.