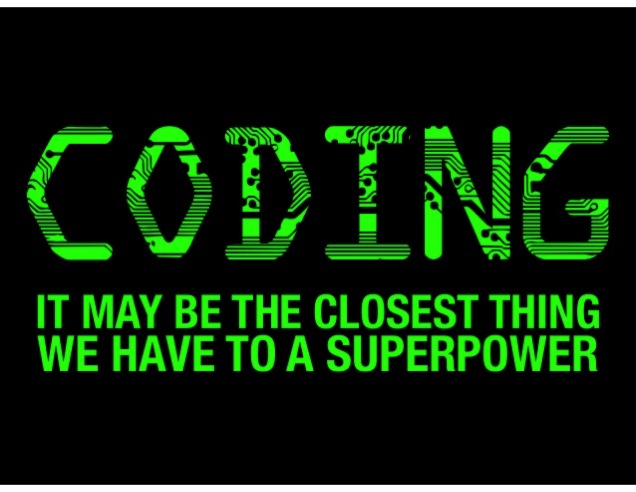 When I started teaching myself to program computers, I had to have a book.  Radio Shack had a great book that came with their TRS-80 micro-computers (they were called micro-computers back then).  It was simple, well sequenced and funny.  Apple IIes came with a book, but not so good.  Learning PHP and MySQL also required books –– really thick ones.

It’s different today.  Anything I’m trying to get a computer or a web site to do, someone else has already tried and succeeded, and with the help of others who have already tried and succeeded.  Today, you simply tap into the conversations that they had, and you learn as well.  The result has been an expansion of knowledge about coding and an explosion of ideas for how to use that coding.

Anyway, I’ve been working for a number of months on one possible feature for Citation Machine that I suspect could greatly improve its functionality.  I’ve seen it before on other sites, but could not figure it out in such a way that it would work on all major browsers and both platforms (haven’t tested Linux yet).

Now, thanks to the conversations of dozens of programmers who are better than me, you just submit the form and CTRL-C for the bibliographic citation.  To get the footnote you can double or triple click there, or click the [Select] button beneath it to have it selected/highlighted so that you can CTRL-C.  Same with the parenthetical citation.

Please comment if this causes any problems for you.

It is with great pleasure and no small amount of relief, that I announce the second edition of Cultivating Your Personal Learning Network: A Gardener’s Approach to Learning – formerly known as A Gardener’s approach to Learning: Cultivating at our Personal Learning Network.  Switching the title and subtitle was the idea of my wife and business manager, Brenda.  She’d long felt that  “A Gardener’s Approach..” did not clearly describe the content and function of the book.

This second edition started innocently enough when, with an afternoon to kill, I downloaded Apples iBooks Author (iBA) software, a free download that helps us create interactive iBooks for publishing through the iBooks book store and iTunes.  Since it was my latest book, I dumped the text of Gardener’s Approach.. into iBA and started playing.  My initial reaction was not that different from what I initially though if iBooks.  They glow and flow, but provide little opportunity for the reader to talk back, which I believe should be a core goal for the next generation of learning content.  The iBooks I’d seen were still primarily intended for top-down reader-passive content consumption.

However, when I started factoring in the great fun I’ve had with Apple Keynote’s dazzling animation capabilities and the ability to insert keynotes into the iBook, I continued to play, adding animated tutorials for some parts of the book.

I initially struggled with the HTML feature of iBooks, which I couldn’t figure out for the life of me.  I’ve been coding in HTML for nearly 20 years.  They I learned…

It seems that what iBook Author means by HTML is actually Dashboard Widgets, which are small programs that can be downloaded and installed on your Macintosh computer and run in the background – and now in the widgets space on later versions of Mac’s OS.  They have come in nearly every category of software, but are usually utilities such as calculators, calendars and clocks. I saw no use for any of these utilities in my book, so I set out researching and teaching myself how to write my own dashboard widgets.

As I played (which is what learning often feels like to me), ideas started forming for interfacing my iBook with the web and specifically with web pages that would give readers the ability to add and comment on their own stories of networked learning.  It was at that point that I was hooked.

Of course, reading through the book, I learned how dreadfully out-of-date it was, so I started editing and rewriting major portions of CYPLN and adding at least one chapter.  After all, the first edition was written before the Apple iPad launched.  So, after many edits and re-edits, with the tireless assistance of Brenda, and the launch of Bookry, which provides a tool for creating much slicker widgets than I was writing, I’ve published Cultivating Your Personal Learning Network 2nd Ed, in print, ebook (for Kindle), and iBook (with color, motion, and conversation).

The most interesting part of this endeavor was the act of using many of the skills and techniques described in the book in order to learn how to publish it in these new formats and with these new features.  My own PLN grew.

I hurriedly produced the video below as an introduction to some of the features of the iBooks version.

The print and ebook versions, like the first edition of CYPLN, feature QR-Codes, which give the reader access to many of the features of the iBook – without the flair.

One concept that jelled for me during the proces was that of scale. Because the ebook and iBook versions of CYPLN was digital, weightless and so easily distributed, I’ve decided to price for scale. So the iBook and ebook (Kindle) versions are only $2.99 (USD). Since the print version (259 pages) must be produced and shipped, I have to charge a little more, $8.99, which gives me a profit similar to that of the digital books.

This will take you to a page with links to the various purchasing venues: http://goo.gl/EUu7B

I spent a good part of yesterday with a front row seat at the TEDxLondon event held in the acclaimed Roundhouse. But mostly I was in my office, running the livestream through my MacBook air and Tweeting quotes and reflections to my nearly 14 followers on Twitter.

A while back I tinkered around with the code of my personal backchannel tool, Knitter Chat, so that it could capture colearners tagged Twitter posts as well as the audience members’ Knitter postings. Just before TEDxLondon started, I crawled into the code and reset it to capture anything tagged with #TEDxLondon between 14:00 and 20:35 London time — and it worked, for the most part.

Anyway, I’ve been reworking the code on Knitter to handle the volume and export it into Wikispaces, a much more sophisticated wiki service than the PMWiki server that I run. I concluded this morning that neither Wikispaces nor a couple of other high-end community editing tools could handle files of such size, even when divided into three parts for the three sessions. So I went back to my PMWiki server — the one that I use for the backchannel transcripts for my presentations and keynotes.

So here are links to the three sessions. You can edit and insert text if you are not intimidated by the coding. There is a guide at the bottom of the page, if you choose to click edit and enter the password (teacher).