Many would disagree, but I believe that the introduction of new information and communication technologies into our classrooms has had a productively disruptive effect on education. We have certainly not seen its full potential, and reaching it may well be impossible for a human society.  But I’ve recently wondered about a new disruptive influencer on the horizon, one that has the potential to further progress formal education – or destroying it – in my humble opinion.

Consider that even though some presidential candidates have promised to bring back the manufacturing jobs that America has lost to China, the jobs that actually left our shores are a mere ripple, as Matthew Yglesias put it in a recent MoneyBox article,1 compared to the manufacturing jobs we lost to robots during the same years – and those jobs will not return.

Will there really be new jobs for them to train for?

Then entrepreneur and venture capitalist, Sam Altman, says this in a recent Freakonomics podcast, that, “..90% of (the) people (may) go smoke pot and play video games, but if (only) 10% of the people go create incredible new products and services and new wealth, that’s still a huge net-win.”2  In other words, is there a national economic need for 100% employment in the near future, or even 15% employment – besides what Altman refers to as a “..puritanical ideal that hard work for its own sake is valuable.”

All this is to suggest that the job of schools, sooner than later, may be to educate our children to be unemployed.  Consider the recent media interest in the concept of basic income.  Here is a Google Trend graph of the frequency of the term’s searches.

In the most general terms, basic income would have the federal government handing out to all citizens enough money to live on.  Those who want more would work for a wage. Those who do not, would find some other way of spending their time.  Experiments are already underway in Brazil, Canada, Denmark, Finland, Germany, Iceland, Ireland, Luxembourg, Netherlands, Norway, Portugal, Spain, Sweden, Switzerland & the UK.

Even though I suggest an open mind, I do not want to spend this blog post arguing the merits or dangers of such an arrangement.   What I do want to ask is, “What would you say to a student who says, ‘I don’t need to know this because I don’t need a job?'”  What if he is absolutely right?  The next question is “What would he or she need to know for a future that does not require employment?” and “How might preparing our children for productive leisure change the WHY, WHAT and HOW of formal education?”

What do you think?

Coincidentally, this article, Machines Won’t Replace Us, They’ll Just Force Us to Evolve, popped up in my Reddit stream just minutes after submitting this blog post.

2 Weller, C. (2016, April 19). A Silicon Valley entrepreneur says basic income would work even if 90% of people smoked weed instead of working [Blog post]. Retrieved from http://www.techinsider.io/sam-altman-praises-basic-income-on-freakonomics-podcast-2016-4 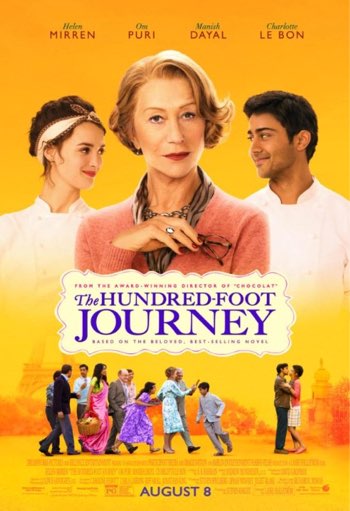 Yang Liu was born in China, but has lived in German since she was 14. A celebrated designer, Liu recently released a graphic exhibit that illustrates her observations about differences between East (China) and West (Germany). The exhibit has been re-interpreted as a series of Infographics.  Just Google “yang liu east meets west.”  Brain Pickings author, Maria […]

Yang Liu was born in China, but has lived in German since she was 14. A celebrated designer, Liu recently released a graphic exhibit that illustrates her observations about differences between East (China) and West (Germany). The exhibit has been re-interpreted as a series of Infographics.  Just Google “yang liu east meets west.”  Brain Pickings author, Maria Popova wrote,

Liu has a unique grip of this cultural duality — and she channels it with great wit and eloquent minimalism in graphics that say so much by showing so little. (Popova, 2013)

Two similar exhibits (left) were installed in Berlin, two in Beijing, and 1 in Nanjing. Liu, though initially apprehensive, says that the response to her interpretations have been positive in both Germany and China.

Perhaps the most elegant part of Yang’s graphic is its simplicity or minimalism. ..which might give learners a unique opportunity to draw conclusions about the differences between people and life in China compared to the West and then look for evidence that supports their conclusions.